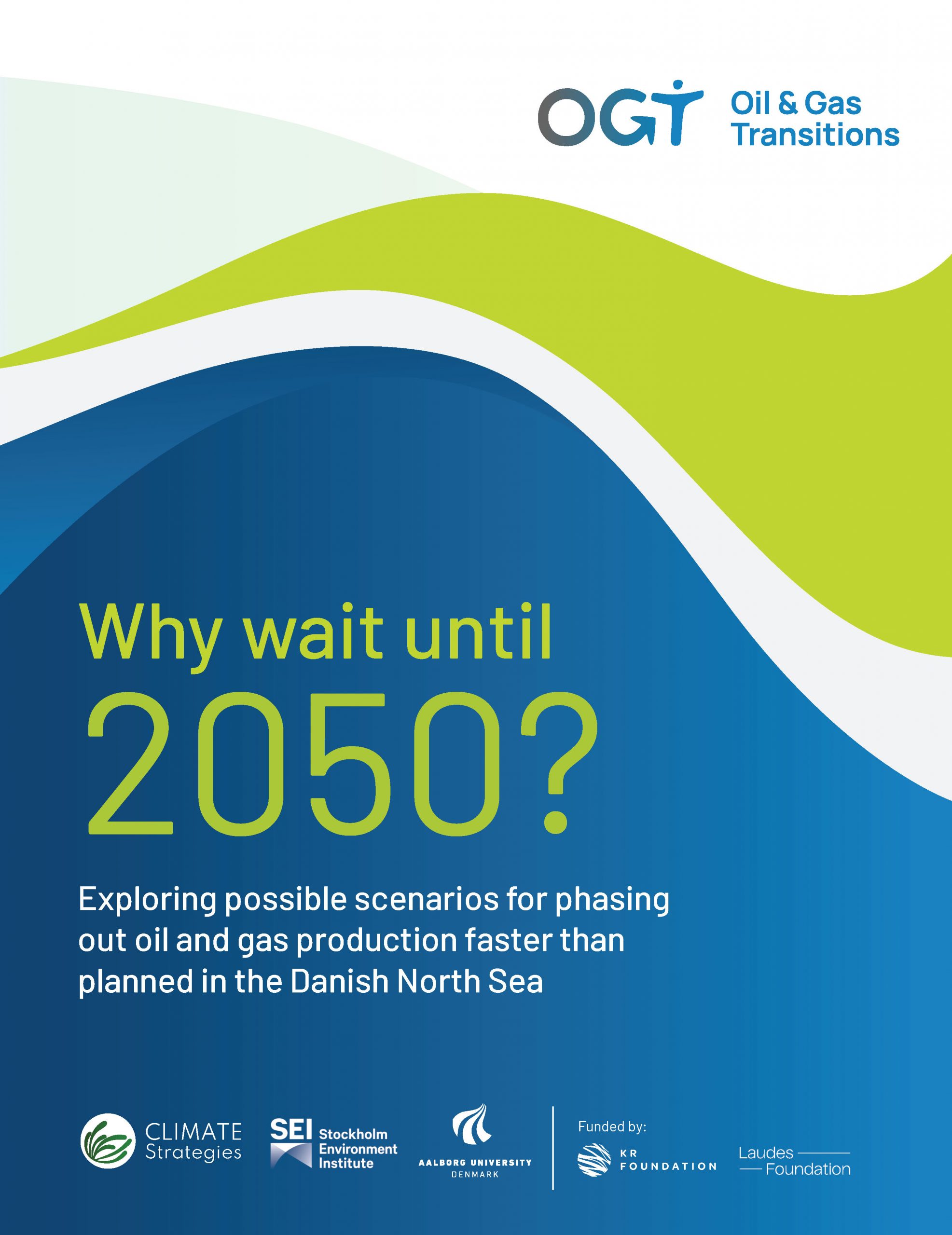 As a major producing country, Denmark has the responsibility to phase-out oil and gas in response to the climate crisis. The Danish North Sea Agreement, which provides the direction for the sector and the country’s carbon neutrality target, sets 2050 as a final end date for all oil and gas-related activities in the Danish part of the North Sea. In fulfilling the agreement, however, two central questions need to be answered. First, what are the economic consequences of the oil and gas phase-out? And second, based on the answer to the previous question, when are offshore oil and gas activities likely to become unprofitable for the Danish state, hence making the case for an earlier deadline?

This report aims to provide the answers to these questions. It was produced following an expert workshop and consultation with relevant stakeholders between April and May 2022.

This report presents the economic consequences of the different phase-out scenarios of oil and gas production in Denmark based on a Monte Carlo simulation. This is a method for taking uncertainty into consideration when projecting the future revenues of the sector. The economic consequences considered in the North Sea Agreement were essential in establishing the 2050 deadline but have also been used as the primary argument against an earlier phase-out date.

Bearing this in mind, the report provides an analysis that is as detailed as possible and can further inform the public and political debate on the future of the Danish North Sea activities. The report also aims to promote a just transition by increasing transparency and inclusivity and raising awareness of the need to provide additional support to affected workers and communities in case of an earlier phase-out.

The scenarios suggest that if oil and gas production continue beyond 2042, the related state revenues are likely to be insignificant compared to the overall state budget. Therefore, it seems reasonable to suggest 2042 as an alternative deadline for phasing out oil and gas activities.

Going further, considering the 1.5°C global warming limit set in the Paris Agreement, a deadline around 2034 has been proposed for the phasing out of oil and gas production in developed countries such as Denmark. The report shows that the losses in state revenues in such a scenario would be more significant. This could make a just transition difficult without accompanying countermeasures, especially when it comes to the qualifications of the existing workforce within the oil and gas sector. Measures such as reskilling staff and intensifying investments in offshore wind power, energy islands, power-to-x, and carbon capture and storage (CCS) could counteract negative effects and turn 2034 into a realistic possibility. However, these measures come with considerable risks and uncertainties, which would suggest taking a more strategic approach to the development of energy-related activities in the Danish North Sea.

As a first step in this direction, we suggest setting up an independent committee that should develop a concrete and realistic roadmap for the oil and gas phase-out, including an overview of the content and timing of political, economic and legal decisions. Such a committee could also help improve the transparency of the process, making it more inclusive and just.

At the beginning of the phase-out process, the simultaneous redevelopment of existing offshore infrastructures with renewable energy sources offers transition avenues that could compensate for some of the declining revenues from oil and gas. Technologies such as carbon capture and storage, energy islands, fossil fuel-free electrification of offshore platforms and offshore wind parks could bring higher investments than those secured in the past in oil and gas. These investments must, however, be carefully selected and planned to reduce risks and avoid unnecessary technological lock-ins.

Moreover, while it will be necessary to exploit the synergies between the different technologies, these are at different stages of development. The research team, therefore, suggests that the committee should also consider a timely preparation of a coherent offshore strategy for Denmark that would integrate the phase-out of oil and gas production with alternative uses of the North Sea resources and infrastructures. The strategy should, amongst other things, outline how the synergies could be exploited in a socially and economically sensible and just way, as well as consider the protection of biodiversity, fisheries and security interests. The offshore strategy should also be coordinated with neighbouring North Sea countries and fit into the different national climate and energy onshore strategies.