How do Norwegian stakeholders envision pathways to net-zero and phase-out for the country’s oil and gas sector? 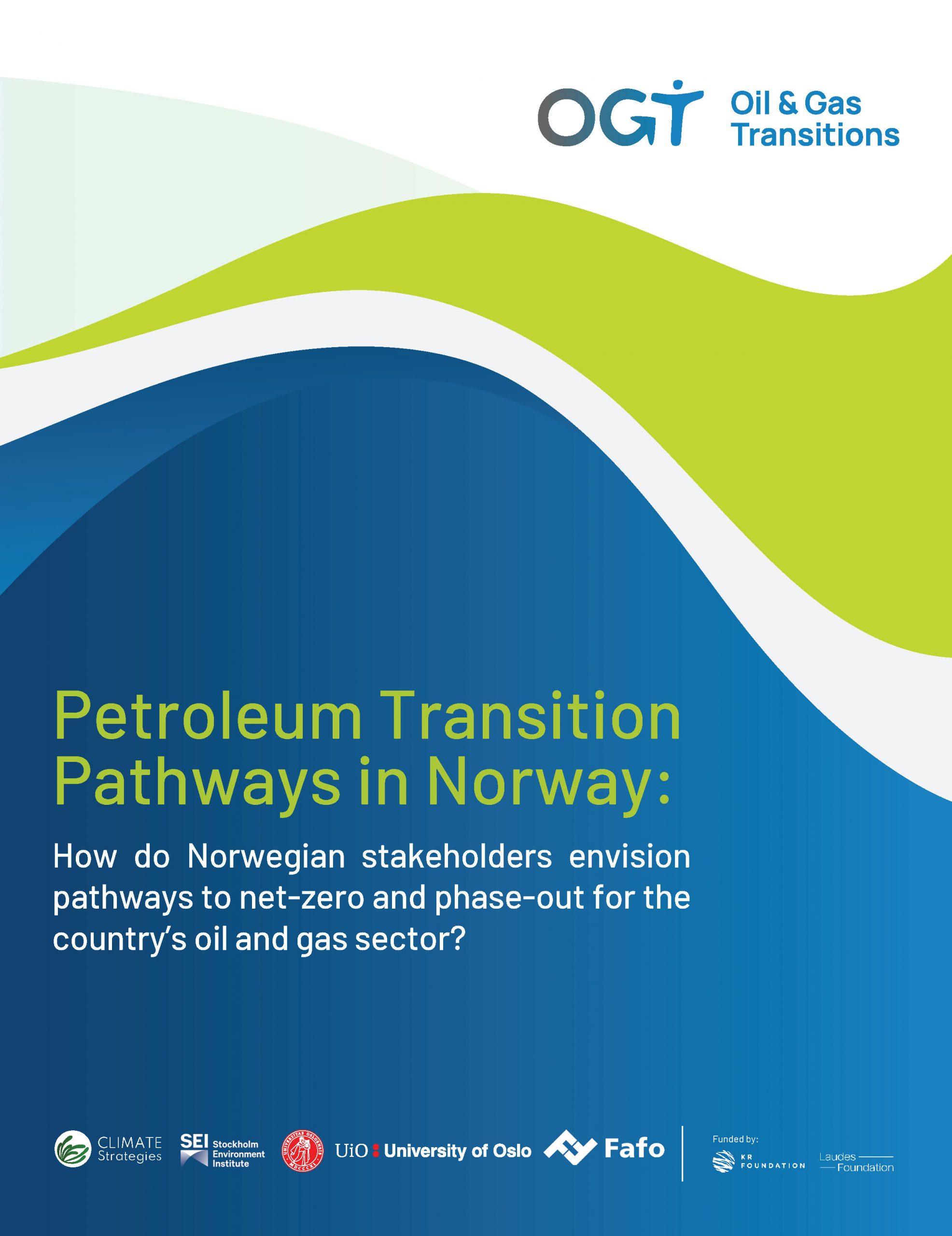 In this report, we document how policy makers and representatives of businesses and civil society organisations (including trade unions and environmental groups) have outlined pathway scenarios towards net-zero carbon emissions and a phase-out vision for the Norwegian oil and gas industry. They have developed these two scenarios participating in a focus group based on a so-called ‘backcasting’ exercise.

There is perceived acceptance for the notion of net-zero emissions by 2050 from social actors involved in the Norwegian oil and gas industry. If this goal is to be reached with a science-based approach, however, deep-seated transformations in the global energy system will be needed, as well as concerted efforts by the Norwegian government and from other social actors. Specific targets for the electrification of offshore installations, the roll-out of large-scale offshore wind power and technologies for capturing, using and storing carbon on the Norwegian Continental Shelf are key milestones in this scenario. The main actors required to take responsibility for this pathway are the Norwegian state, in close tripartite dialogue with labour and capital, but also with institutional mechanisms that ensure the participation of local communities and civil society organisations. The net-zero pathway faces a series of obstacles. Among them are popular resistance to new renewable energy projects, increasing electricity prices and the risk this poses to plans for the electrification of offshore installations.

The other normative scenario presented in this report is the phasing out of all oil and gas extraction activities on the Norwegian Continental Shelf by 2050. This vision lacks the perceived acceptance mustered by the net-zero target. It is also fair to say that the phase-out scenario presented here is less concrete, less detailed and more problem-oriented in its elaboration. Participants agreed that a complete phase-out of oil and gas extraction by 2050 would likely require market conditions beyond the scope of the exercise and would not be achieved without an active state intervention in the form of a ban decided by parliament, like the one agreed in Denmark in December 2020. The radical policies needed for a national phase-out were seen to carry many risks, not least in the form of a backlash from the public and challenges for the labour market. A just transition towards an oil and gas phase-out would therefore require active labour and social policies.

Finally, based on the scenario exercise, the research team who carried out this study has made broad policy recommendations for stakeholders and decision-makers in the Norwegian oil and gas industry. These include adopting the approach used for this research for climate and energy transition policies by placing the debate along clearly defined visions and timelines. The Norwegian government needs to engage in tripartite relations in all their breadth and possibly expand the scope of this co-operation to include other social actors. Moreover, the government needs to i) form a coherent transformation narrative, ii) establish unambiguous transformation goals that allow the concrete operationalisation of targets and standards, and iii) use the climate partnerships it announced with relevant industries to enter into mutually binding obligations around transition policies. Social partners should also actively develop and propose measures and interventions to support these transformational goals.